I can’t recommend this country enough. If you are even remotely into culture and exciting activities, this should be near the top of your travel bucket list. What can you do there? Japan has something for everyone. Whether you gamble, game, anime, hike, camp, museum hop, bar hop, club hop… Japan has it, and they do it well.

Their infamous gardens, and groomed parks are a must. The country side has tons of quality hiking and puts you in one of those moods where you stand back, take a deep breath , and just appreciate life and its offerings. Traverse the North to hang out with snow monkeys and admire the snow blanketed landscape – or hike around the South to take in beautiful mountain trails peppered with hot spas. Either way, prepare to be enamored with the scenery. Its beauty is so natural that even areas untouched by human hands look manicured. If mountain climbing is your game, go during the season (July to September) you can cross off what sits atop most people’s bucket list and ascend Mt. Fuji.

As for the people, all the rumors you’ve heard are true. They are friendly! If you ask a Japanese person for advice on where to go or how to get somewhere, they will drop everything they’re doing and take you to it. Even if they don’t speak English! It’s unreal how accommodating they are – I’ve never experienced anything like it. The first night we arrived we were unable to find our AirBNB (look in the tips for more details). It was 1 in the morning and we were outside on the dark streets hunting for the longer part of two hours! Out of the blue a _stranger_ approached _us_ to help guide us around the neighborhood. She spent at least an hour trying to find the house, and phone called the owner of the AirBNB just to try and pin down its location. She barely spoke a lick of English but was on a mission to help two strangers! She found our AirBNB for us, which without her we wouldn’t have. Thank you, friendly Japanese girl!

Some speak English, some more broken than others, but when they get drunk it seems to role off their tongues instinctively. We were on the last train in Tokyo before the route closed down for the night. It was a Saturday evening and every Tokyo citizen was on a mission to get home to avoid sitting in the subway until 5am (when the routes open back up). Everyone was drunk, having just come from the bars and clubs and the trains were so crowded “packed like sardines” doesn’t begin to describe how crammed it was. People were catapulting their bodies into the train just to get in, then using the train walls for leverage to pack themselves in tighter so the door could close. Two Japanese guys yelled above fray, one screaming “fuck-u, ah fuck-u, we’re at-a capacityyy!” and the other belting out “Welcome to Japan!” It was one of the funniest moments I experienced and painted their drunken behavior as nothing more than good natured comedy.

Tokyo is the capital of Japan, and its largest metropolitan city. Fun fact, Tokyo is NOT technically a city. The City of Tokyo ceased to exist on July 1, 1943, and now exists as a special “metropolis” prefecture with 23 “special” wards. Unlike every other huge metropolitan in the world, but like every other city in Japan, Tokyo is clean! In general it’s clean enough you could eat off the streets (but you shouldn’t)! Tokyo is filled with parks, museums, night clubs, home to several baseball teams. Tokyo offers a clean look at modern Japan, and an unashamed insight at the future of the country. All of the modern amenities and styles live here – thought don’t worry about culture – still plenty of it to be had.

Kyoto is brilliant for its traditional architecture, rich heritage, and wealth of culture. It’s a city that most Japanese high schoolers take pilgrimage to, dressing in their kimono’s and ascending the stairs of its many temples, getting a taste of life in the olden days. Kyoto is huge, and there are so many damn temples around it almost gets stale. The ones I recommend seeing are the 1,000 Buddha’s and the Golden Temple. Kyoto is also home to Gion which is where the Geisha culture lives on. I recommend the free Walking Tour (can be found on Trip Advisor) which will tip toe into the awesome world that is Geiko and Meiko. Check out our How to KYOTO for more information.

Hiroshima is best described as the DC of Japan. Modern buildings, skyscrapers, tons of museums, amazing food (Okonomiyaki). The Peace Memorials and Museums were a special experience, and once you’ve wrapped your WW2 history lesson, you still have castles and the Mazda museum to visit. We didn’t get to experience Mazda but damn would have loved to (it books up weeks in advance). No one in Hiroshima resents Americans and the rebuilding of this enormous city is a testament to Japanese discipline. You couldn’t even tell a bomb wiped it off the map 60 years ago had it not been taught. It’s a big modern place with tons of fun activities.

Japan’s rail system is world renowned. It’s massive, trains go _everywhere_ and practically drop you off at your front door. It’s super accurate and runs with German-like precision; that said, it’s complicated, unintuitive, and the moment you lay eyes on a rail map you’ll crap yourself. The rail maps have so much going on just pin pointing where you are will be an initial challenge. Before you arrive in Japan I recommend downloading the Hyperdia app to your phone. Familiarize yourself with it, but it allows you to put in which station you’re at, where you’re going, and it will find the best and cheapest way to get there. The Shinkansen (bullet trains) are awesome. They fly! They don’t stop at every station so if you’re sitting at one where it’s passing through, you’ll hear this monster-like rumble, then see this swiping streak of white blast through the station at 275MPH, and disappear without a trace. Bad. Ass.

We had an amazing experience in Japan and you will to. Between the multitude of well curated museums, bathing in an Onsen, and wondering the streets of Gion, there is a wealth of atmosphere and activities for you to wet your travel whistle around. Coco offers a series of articles sharing with you our fantastic experiences, and giving pertinent information so you can plan your own enriching Japan experience. Between food and actives you’ll find so much joy in Japan, so save your money, book your flights, and get out there. It’s a special place!

Here are some tips and Japan-isms to help you along your way!

TL; DWTR (Too Long; Don’t want to Read) Don’t fly Air China. I should end the article there. I realize not everyone can afford expensive plane tickets, and a couple hundred dollars may make or break the difference for some budget travelers. We lived – if you CAN’T afford anything else, AirChina will be… 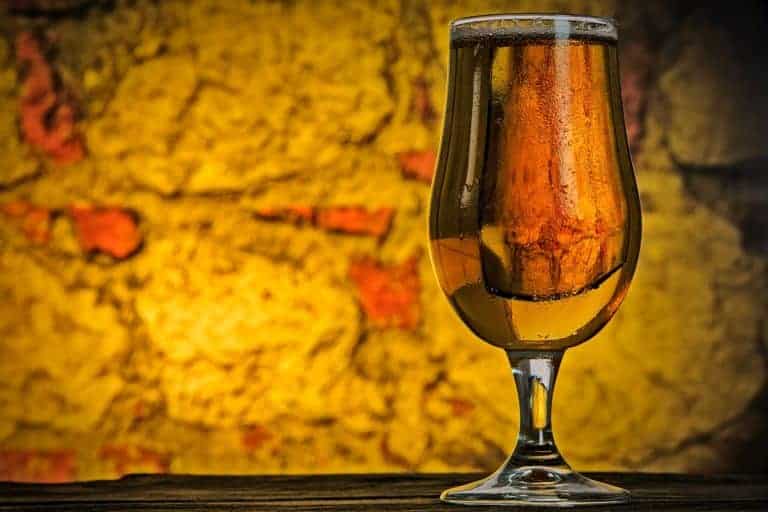 America’s identity is growing around the craft brewery industry. 4 years ago in the Virginia Peninsula there were less than 10 small breweries. Now, there are over 50! And Virginia is not alone in this monstrous growth. Almost every month a new craft brewery opens, following Starbuck’s lead where there are two on every corner!… 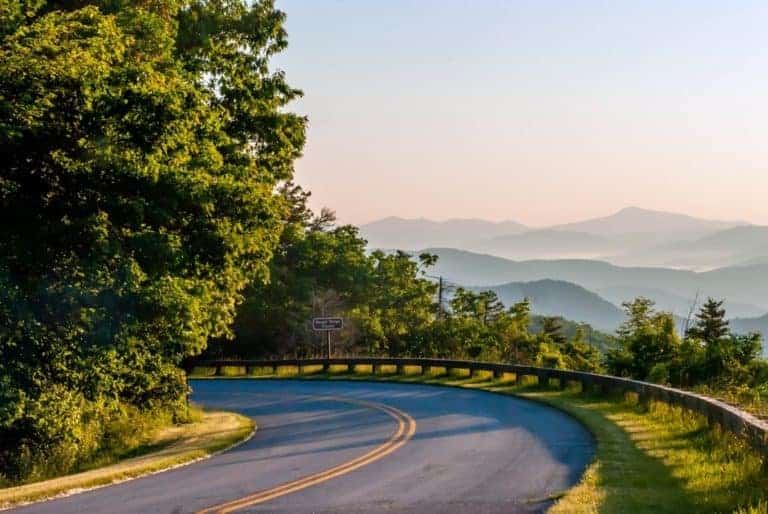 Our Asheville Itinerary Hiking Pisgah A hike strenuous to the knees with a steady but steep incline – though Old Rag in Charlottesville is harder. The view along the way was standard, though a pleasant environment. When you exit the woods and onto the giant landing rock you’re instantly taken aback by the outstanding vista…

Tips Power outlets are the same as North America – no need for adapters if you’re from the States or Canada. If you rent a car, they drive on the left side of the road. Parking is rare and expensive – don’t bother renting a car. Get the JR Pass! You’ll save so much money…

What is it? The JR Pass is a standing ticket that allows you to travel around Japan rail system without having to buy individual tickets for every journey. It grants you unlimited access to any JR operated train including the Shinkansen Bullet Trains which will zip you along the Japan country side to other cities… 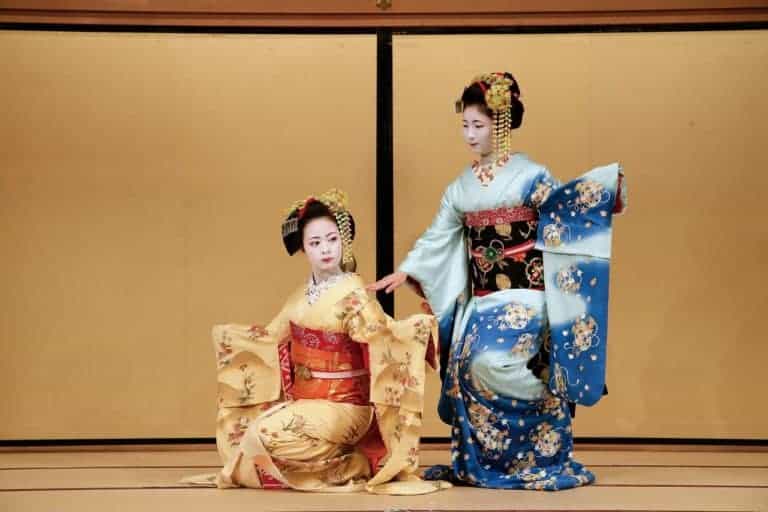 What an amazing treat! Gion Corner is a sampling of the different arts Japan’s rich culture has to offer and is an absolute must if you’re in Kyoto. We heard about it on our Free Walking Tour Guide in Kyoto (do that too). It costs around 28 USD per person and is well worth it….